It has only been nine months since the 4G spectrum auction was completed, but Ofcom is already looking ahead to the provision of 5G mobile broadband. 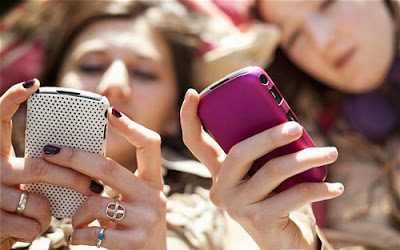 The new spectrum could boost mobile data capacity by more than 25 times between now and 2030 Photo: Getty Images

By Sophie Curtis
2:52PM GMT 21 Nov 2013
The communications regulator Ofcom has identified a number of new spectrum bands as potential candidates for future mobile broadband use.
This includes spectrum in the 2.3 and 3.4 GHz bands, which are currently owned by the Ministry of Defence, spectrum in the 700 MHz band, which is currently used for digital terrestrial TV, and the so-called ‘white spaces’ that sit in the frequency band used to broadcast digital terrestrial TV.
In addition to these immediate priorities, Ofcom has identified a number of spectrum bands that might be suitable for use for mobile data in the longer term.
For example, the UK Government is assessing the possibility of releasing up to 100 MHz of spectrum in the 2.7 GHz band. Additional spectrum in the 3.6 GHz band, which is currently used for satellites links, is another potential candidate.
The spectrum identified represents approximately seven times the amount of spectrum released as part of the 4G auction, according to Ofcom.