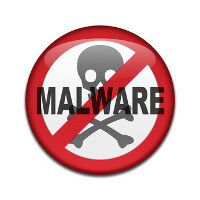 Cisco's latest report makes it pretty clear that Android devices are the primary target of most mobile-related malware attacks. Cisco adds that the Android platform is also the major target (71%) for web-delivered malware. While that sounds scary, only 1.2% of malware attacks target a specific device. The rest are using a wider net to catch all the fish in the ocean. Those include things like phishing and redirects on the web.

According to the report from Cisco, the most widely encountered form of malware on Android is Andr/Qdplugin-A, which is usually introduced to an Android device while disguised as a legitimate app in unofficial app stores. So here is a tip, stick to the Google Play Store and that should reduce the odds of your phone getting infected.

Apple's iOS fared much better, obviously, and this is reflected in the fact that Cisco's report was brought to the attention of those who follow Phil Schiller's Twitter page. Schiller, as most of you know, is Apple's senior vice president of worldwide marketing.
source:Phonarena
Autor: Sylvi Wyszynska o 04:34