We received word from Francois Piednoel, Principal Engineer at Intel Corporation, stating the story originating from Techtastic is not exactly news, given that Apple’s MacOS features support for ARM architecture for quite some time now. Apple’s website lists several supported ARM architectures, including 32- and 64-bit versions (ARM v7.x, ARM v8, v8-A), as visible in the screenshot below: 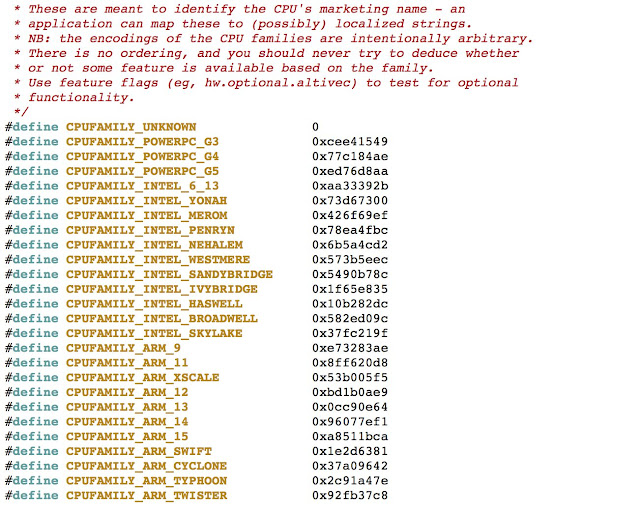 Apple's MacOS Kernel architecture support list Given that Apple’s MacOS kernel took its UNIX base from several projects such as Carnegie Mellon’s Mach kernel and the Berkeley Software Distribution (BSD), MacOS identifies multiple CPU architectures, including MIPS, RISC, POWER, x86 and ARM. Naturally, booting into the system itself is a different story. After all, enthusiasts even managed to get MacOS to run on AMD hardware, which is not listed officially.

Still, with the news that Intel’s 4G modem isn’t exactly showing good experience inside the iPhone 7, the original story could sooner or later come true. After all, even Forbes is posting an article how to make sure you DON’T BUY an iPhone 7 with Intel Inside.

Rumors that Apple might eventually move its Macs to ARM began to float around minutes after the Apple-designed A4 started to tick inside the first-generation iPad. After all, the Mac already survived two major architectural transitions in its history: from Motorola’s 68000 to IBM’s PowerPC in 1994, then from PowerPC to Intel’s x86 in 2006. As the old proverb says, third time is a charm. Such a move isn’t excluded from Apple’s DNA.

When Steve Jobs returned in 1997, the company made moves by ignoring the voice of the people and doing what it felt needed to be done, sometimes dragging consumers kicking and screaming along with them. The original iMac had no floppy drive, no SCSI or serial ports, and no support for the Apple Desktop Bus. Instead, Jobs & Co. bet on a new standard called USB – a standard invented by Intel – before any Mac-compatible USB peripherals even existed. The original iPod could only be used with a Mac and came with lower storage capacity than its competitors. “No wireless. Less space than a nomad. Lame,” was one user’s now-infamous reaction on Slashdot. The original iPhone couldn’t take advantage of 3G networks, required buyers to switch to AT&T, and didn’t allow third-party applications. As it turns out, none of that mattered. 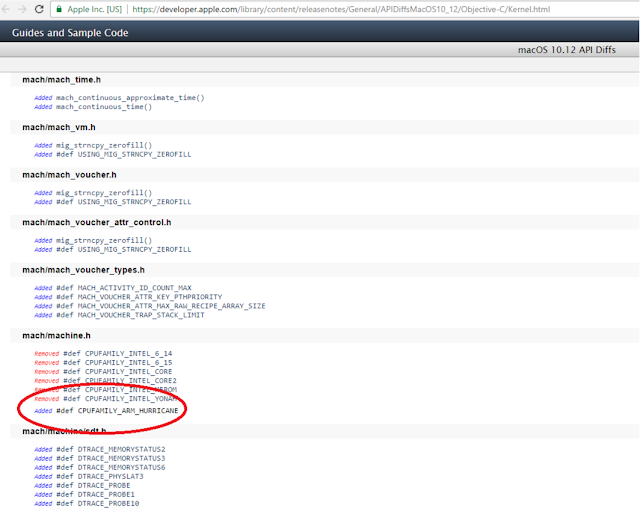 For the first time, a potential switch is not a rumor, but rather a feature. Techtastic was the first to report (in Dutch) that Apple added support for an ARM chip to MacOS “Sierra” 10.12. Hidden inside kernel release notes for macOS 10.12, Apple indicates that a new ARM HURRICANE chip family is now supported. This is likely a custom ARM chip from Apple as the previous generations featured codenames from different storms. Apple’s A7 was codenamed Cyclone, the A8 was Typhoon, and the A9 was Twister. Hurricane may even be the codename for A10 “Fusion” processor architecture, found in the iPhone 7. The site notes that Apple may have already been taking steps to prepare for a laptop with an ARM processor. An ARM MacBook has been rumored for quite some time. It’s believed that A-series chips would be limited to lower-end devices initially, perhaps a future version of the rumored 12-inch MacBook Air would be a possible candidate.

Reasons For Apple To Switch To ARM

Bringing the processor design in-house would give Apple a level of control over the Mac’s internals that they haven’t really had before. The iPhone and iPad consistently out-perform and out-live competition with better specs on paper, thanks in large part to the high degree of integration between the numerous Apple-designed components, both software and hardware. Every external supplier removed from the equation also gives Apple an additional degree of control over its product launch cycle, as well as the margins attached to it. New models can launch when they’re ready, rather than on Intel’s roadmap which witnessed numerous product delays over the past four years.

Insides state that Intel delays were a major reason why Apple ended its annual keynotes at the Macworld festival. It could mean better secrecy, as well. New Apple products receive widespread coverage upon their announcement thanks in large part to the company’s ability to keep them under wraps beforehand.

So, what could be the main reasons for switching besides in-house level of control? First is the cost. Intel chips cost about 4-5 times more than similar ARM-based offerings and Apple could save a huge amount of money. It’s also worth noting that even though ARM chips lagged behind Intel in terms of raw performance, ARM-based offerings have mostly been under-clocked for low-voltage and power-saving environments. But the recently announced A10 Fusion chip trumps all of Apple’s past chips in terms of performance.

By looking at Geekbench scores, we can see that Apple’s A10 Fusion chip performs better than a Core i5 Ultra Low Voltage chips found in the past iterations of MacBook Airs. Our testing showed that even the fastest Intel Skylake-R based processor can’t run VR – with Macs being very sensitive to graphics performance. Lastly, we all know that Apple already designs its own ARM chips for mobile which are later manufactured by third-party foundries i.e. “fabs”. Should Apple decide to design its own ARM chips for Macs as well, I believe that significant cost savings would start to roll in, with performance not lagging behind. It would have one common design team developing a unified chip architecture for its mobile as well as desktop lines, so that would generate more returns out of the same (or marginally higher) employment costs.

At the end of the day, both Intel, AMD, Nvidia and more recently, Qualcomm and Samsung have silicon design teams which utilize both the ultra-low power (LP, ULP) and high performance (HP, HPP etc.) processes offered by GlobalFoundries, Samsung or TSMC. Using the same processor core in both processes on let’s say 14nm or 10nm could result in 1.5-2.5 GHz clock, while the high performance parts could be clocked much higher, in the 3.0-4.5 GHz range. Graphics could also be boosted significantly – as witnessed by the difference in low-power approach by AMD and high-performance approach by Nvidia.
Autor: wizdom o 01:05