Six of the best: the hardest computer games ever released 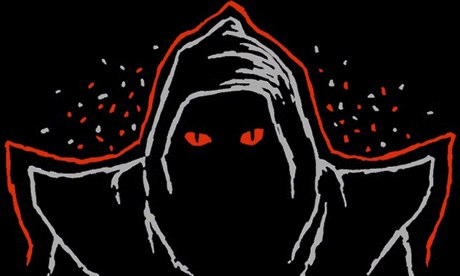 Vintage role-playing games rarely leap to mind when considering the trickiest titles ever released. But ready to storm the frontal lobe wielding an oversized axe is Wizardry IV. Obscure puzzles and a wildly maze-like structure didn't help even the most devoted players, but it was the game's punishment for not just failure but bad luck that really challenged the user. The game also demanded intimate knowledge of the first three Wizardry titles, making it stunningly inaccessible.

Released just as home computers were beginning to offer something like a realistic impression of how vehicles actually behaved on tarmac, this popular PC game became a proving ground for those that fancied their virtual automotive talents. Playing properly is to do so without any of the game's driver assists, and relative to today's racing games, with their instant rewind functions and curiously kind road surfaces, the result is an impossibly trying undertaking.

A split second into vintage platformer Rick Dangerous, and you're on the run from a tumbling boulder, dodging death from multiple directions. Indiana Jones may empathise, but he never had it this tough. Designed by the team that went on to create Tomb Raider and the iconic Lara Croft, the game never relinquishes its brutal treatment of the player, and absolute devotion is required from anybody who hopes to overcome the trials on offer here.

When indie game design duo Tommy Refenes and Edmund McMillen set out to make a game that captured their favourites from childhood, they really succeeded in terms of how difficult their highly regarded creation, Super Meat Boy, is. Unlike the titles that inspired it, the sensationally popular platformer doesn't punish players for failure, but by modern standards it is ferociously unkind to those that tackle it.

The 2D shooter, or shmup, has existed since the likes of Space Invaders. It's simple in form and spirit, but as the genre has evolved, as with Shinobi (below), it has bucked the trend for games to become easier over time. Modern shmups demand incredible skill levels, pushing the ability to react to dense clouds of bullets. Pink Sweets is one of the toughest shmups there is, although the genre is generally tough, so even this goliath of demanding gaming is not without rivals to its throne.

It's commonly thought that the heyday of difficult gaming was back in the 1980s. Back then arcades – the era's dominant cultural force – arguably used difficulty to pull more cash from the public by shortening how long they could actually make that cash last. As console gaming rose to power, demands on players fell. Not so with Shinobi. Created as an arcade title in 1987, it took nine sequels until it became a true monster of testing gaming, with 2002's masterful PS2 release, also named, simply, Shinobi.
Do you agree with our selection? Have your say below