As expected, Sony today unveiled its new, more powerful PlayStation console, which is called PlayStation 4 Pro. It will launch on November 10, 2016 and cost $399/£349/A$560.
The console will complement the standard PS4 and sit alongside it. The name was picked to show that it is part of the current version of the console, but aimed at the higher-end gamers. It is not an entirely new architecture and thus not a new generation of PlayStation hardware.
During the PlayStation Meeting event, Andrew House, president and group CEO of Sony Computer Entertainment, discussed Sony's decision to pursue 4K and HDR, which are two of the major new features the PS4 Pro enables. House described these as "natural" paths of progression for visual fidelity. He went on to introduce lead architect Mark Cerny, who said Sony's vision is to "take the PS4 experience to extraordinary new levels."


"Our goal is to deliver high-fidelity graphical experiences," he added. "We aim to provide developers with tools to further their visions."
Among the hardware upgrades in the PS4 Pro are a 1TB hard drive, doubled GPU power, and technology adapted from AMD Polaris graphical architecture. These allow the PS4 Pro to reach resolutions "not thought possible on consoles" in 2016. The CPU clockspeed has also been boosted. The Pro will not have a 4K Blu-ray drive.
Cerny went on to show off a number of games running on PS4 Pro and displayed on a 4K display. The games included Marvel and Insomniac Games' Spider-Man, Ubisoft's For Honor, and Deus Ex: Mankind Divided. Cerny described the new resolution capabilities of the PS4 Pro and its impact on games as "transformative."
Sony Bend's Days Gone was used to show how HDR can deliver "a level of photorealism that you've never experienced in a game." Cerny said Sony doesn't expect developers to support HDR from the outset, but believes those that do will see huge visual improvements.
Other games shown at higher-resolution and using HDR include Uncharted 4: A Thief's End, Infamous: Last Light, Middle-Earth: Shadow of Mordor, andHorizon: Zero Dawn. HDR support will be introduced to all models of PS4 via a system update next week.
Cerny clarified that PS4 Pro isn't just for people with 4K or HDR-capable displays, as developers can make use of the extra power to improve visual fidelity on standard 1080p TVs. Games will know what display you use and developers can tailor their experiences to fit. The extra power can be used to boost visual density or make other tweaks to visuals that can be enjoyed on non-4K TVs.
Patches for "over a half-dozen Sony titles" are in the works to take advantage of PS4 Pro and many third-party developers are also working on releasing patches to take advantage of the new hardware. 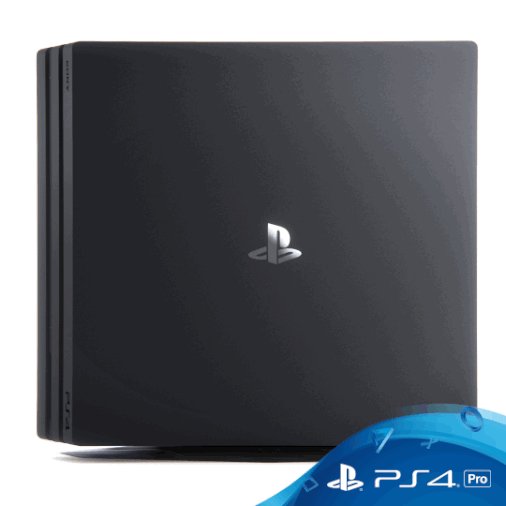 The same discs and downloads will run on both models of PS4 but play in different ways. Sony has said it is asking publishing partners to consider how they can best use PS4 Pro on standard HDTVs and 4K.
Activision appeared on stage during the event to announce both Call of Duty: Infinite Warfare and Modern Warfare 4 Remastered will support PS4 Pro when the hardware launches. Additionally, a title update for Black Ops 3 will also allow for Treyarch's game to harness the new horsepower.
EA followed, confirming FIFA 17, Battlefield 1, and Mass Effect: Andromeda will support PS4 Pro. New gameplay for Mass Effect: Andromeda was shown running in 4K, it offered a look at the game's new protagonist exploring a dark cavern using a jetpack.
For video streaming, a new Netflix app will be available and upcoming exclusives such as Marvel's Luke Cage and Narcos Season 2 will support HDR streaming. A new YouTube app will also be available for 4K streaming.
The full specs of the PS4 Pro can be found below:
Sony first announced the new system in June. Days before E3, Sony confirmed it was in the works but declined to share anything more than broad, high-level comments regarding it. At the time it said the console would be a more powerful system with 4K support that plays the same games as the existing PS4.
It also claimed it would continue to be sold alongside the standard PS4, serving as a complement to that console. Shortly thereafter, Microsoft revealed the Xbox One S and Project Scorpio at E3. Sony has largely been silent on the subject of its new console since its announcement.
Autor: wizdom o 09:43